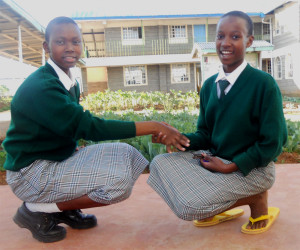 The education of girls is undervalued in many communities of Kenya and so Kisima ensures that girls’ education is promoted by taking twenty girls and twenty boys each year.

Normally Kenyan children start secondary school at the age of fourteen, but many of Kisima’s students are older than this as their primary education has been delayed by financial difficulties or other circumstances.

The students have to face stiff competition to earn their place at Kisima. The application and selection process takes about eight months:

In May application forms are taken to feeder primary schools that have been chosen because of the poor living conditions of the communities they serve.  Each school committee selects one boy and one girl for recommendation to Kisima, on the basis of their need and their academic potential to make the best out of the opportunity afforded them. 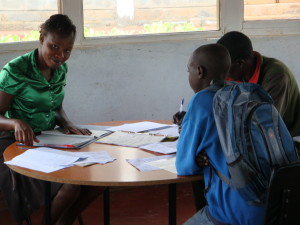 The applications are then considered by Kisima staff, and following the national exams at the end of primary school (the Kenya Certificate of Primary Education), twenty girls and twenty boys are selected. They are offered a provisional place and come for an interview at Kisima. If the interview shows that they are indeed from disadvantaged backgrounds and that they have shown sustained good performance and character in the last three years of primary school, then their place at Kisima is confirmed.